Mental wellbeing and personal effectiveness resources to help us thrive through, out and beyond of COVID 19.

Can QPR teach us about sales performance? 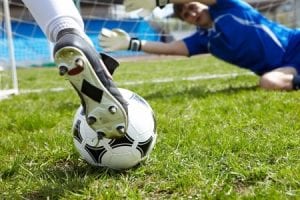 I’ve been ridiculed recently by friends for taking an interest in the Rs now that they’re in the Premiership. The truth is, I haven’t been to Loftus Road in about 40 years – back then it was the glory days of Stan Bowles and Rodney Marsh and my extended family had a dozen or so season tickets. I was taken along as a toddler and was seven before I realised it wasn’t compulsory.

I just read this profile of Mark Hughes in which he’s described as having a “curiosity about the cutting edge in coaching, management and sports science” and being “always open to new opinions, fresh ideas. He will read papers on the latest ideas and then source the best information on it.” In this way, he is said to resemble Sir Alex Ferguson whose use of cutting edge science is believed to be a contributor to his enduring success.

That is quite the longest piece I have ever written on the subject of football so I will leave it there. What I find interesting about this approach is asking the question whether the same opportunities exist to use science in sales performance. I think the answer is an emphatic ‘yes’ – while delivering a win in a long, complex sales is not the same as, say, a penalty kick or a set-piece, there are some parallels but I see surprisingly little application of the established science in business. For sales performance in particular I think there are opportunities in areas that include self-belief, focus and empathy – all pre-requisites for making effective use of the best techniques be it SPIN or “challenger” selling.

Oh, and since you ask, that clearly wasn’t a penalty last Saturday…